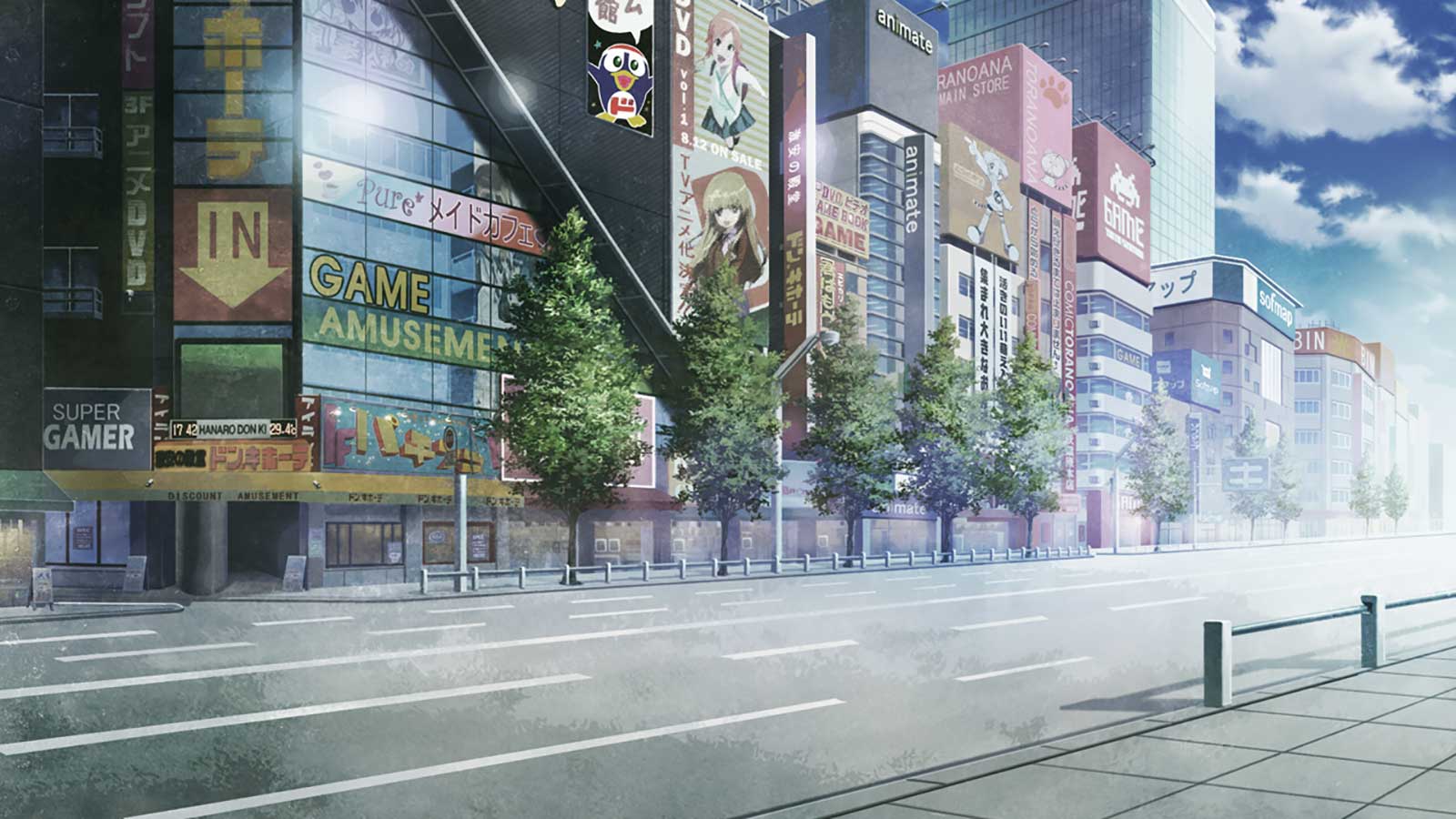 5pb. and Nitroplus present the time travel adventure of the century! Set in Akihabara, the Mecca of Japanese anime culture, Steins;Gate follows a group of friends who accidentally invent a method of sending messages to the past. Their discovery drags them into a world of conspiracy and shifting timelines where the push of a button can change the course of history.

Originally released in 2009, Steins;Gate has grown into an enormously popular series with dozens of spinoffs and adaptations. Now, fans can experience the original Steins;Gate vision with a full English translation. Interact with your favorite characters and reach endings not seen in the anime. The choice is yours!

STEINS;GATE does not use the standard choice system found in most visual novel-style adventure games. Instead, players interact with the game through the protagonist's cellphone. Answer or ignore calls, send and receive emails -- the same choices that you make in everyday life steer the course of the story and affect your relationships with the other characters. 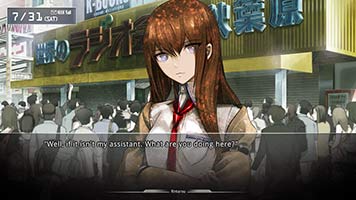 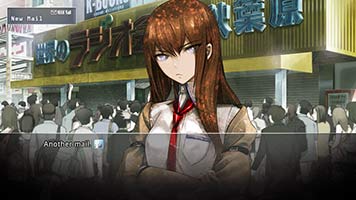 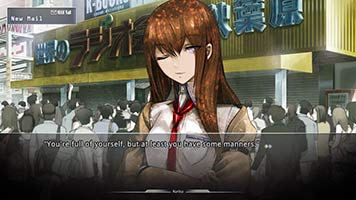 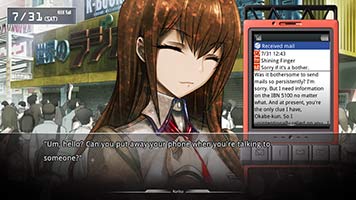 The primary method of altering the timeline featured in Steins;Gate. D-Mail, short for DeLorean Mail, is an unintended function of the PhoneWave, a phone-controlled microwave built by the Future Gadget Laboratory. Originally, the PhoneWave was designed merely to accept commands sent to the attached cellphone, but a freak accident revealed that it could also be used to send emails into the past. Of course, there must be a device on the other end to receive the email, which limits the possible range of effect. In addition, only 36 bytes of data can be sent at one time.

The protagonist and narrator of Steins;Gate, Okarin, does not like the name "PhoneWave", so he always adds "(name subject to change)" when he uses it.

A form of time travel made possible by combining D-Mail technology with Makise Kurisu's research on memory storage in the brain. First, the subject's memories are converted to digital data. That data is then compressed into a D-Mail and sent into the past, where it is downloaded into the recipient's brain.

This process has three strict limitations. First, memory data cannot be sent back farther than the invention of the PhoneWave; second, you can only send memories into your own brain; third, the target "you" must have a cellphone at the time of reception.